2001, 2021. Twenty years have passed since the Xbox brand began its story. Four generations of consoles, licenses that have become cult and a name that goes beyond the simple brand. If Microsoft was very skeptical about entering the console market, history shows that the company has succeeded. However, the path was more like a roller coaster than a relaxing walk. On this special occasion, we had the opportunity to talk to one of the strong men who made Xbox what it is today. Ed Fries, known for being vice-president of publishing at Microsoft on the first Xbox, went back down memory lane and the genesis of the adventure.

From a copycat to merging PC with console

For those of you who have never heard of Fries, here is a brief summary of his career. It was in the 1970s that he discovered the first microcomputers while still in high school. He quickly became passionate about development and created his first games on the first 8-bit Atari.

I first created a Froggers clone that I called by my name. Romox (editor’s note: a publisher that has since been dissolved) came across it and contacted me to offer me a job.

The game was funded and renamed Princess and Frog. He continued to develop several other games for the publisher, but his aspirations were greater. With that in mind, he went back to school to major in computer science.

I graduated from the New Mexico Institute of Mining and Technology in 1986 and that’s the year I joined Microsoft to work on the first version of Excel and then Word five years later.

“The idea behind Xbox was to merge the PC world with the video game world.”

Soon, Fries was on the rise. He produced fast and well. Microsoft went public in 1996, and it was then that he decided to devote himself to his second passion: games. The time was right for his new adventure.

I always liked being the underdog. When I started with Excel and Word, nobody was looking at us. Then with Microsoft growing up, I felt like I had done my time on software. So when I heard that a group of evangelists were considering starting a gaming division, I jumped right on.

Over the course of five years, he approached and signed Ensemble Studios (Age of Empires), Digital Anvil (Wing Commander) and Access Software. If Microsoft went down the console road, it’s because Fries rejuvenated the company’s serious image and showed that games could be fun.

The idea behind Xbox was to merge the world of the PC with that of video games. Before Xbox, consoles weren’t thought of that way. We came with a console that had a north and south bridge, a dedicated audio chip, an integrated hard drive… Everything was new. 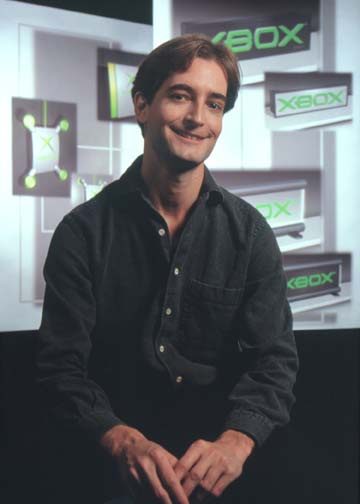 Children in the big league

During the exchange with Fries, we quickly understood that what defines the original team the most is madness. Insanity to launch a console in less than two years, without anyone believing in it, having to convince an entire ecosystem that wasn’t expecting them. And yet, it took more than that to put off people like Fries, Blackley or Allard.

We had no idea what we were getting into. The video game industry was completely different back then. Everyone swore by the PC. I remember the president of Electronic Arts saying that we would never make it in the industry. […] We launched in February for a November presentation. It was crazy.

“We were the crazy people trying to launch a failing product in a software company.”

Seamus Blackley sums up this idea well in the video describing Xbox’s ambition present on the disc of the first Xbox Magazine publication.

Entering this arena as a software company, not a hardware or toy company, is exciting. It means the rules can really change in the way the video game industry operates.

Under Fries’ leadership, Microsoft acquired big names in the industry: Bungie in 2000 and Rare in 2002. These successes are just the tip of the iceberg. Indeed, Fries reveals other studios he tried to buy out but ultimately failed. And some could have changed the face of the industry even more.

I approached Westwood Studios, who did Command & Conquer, and it was almost a done deal. Everything was decided, I had my honeymoon at the same time. I told my teams, ‘don’t screw this up while I’m gone’. When I got home, I found out there was an incident. In the end, EA had the final say. […] Then there was Blizzard. I tried twice to buy them out. The first time, I got outbid by Cendant /CUC, which wasn’t even in the industry. The second time, it was going well, the relationship was good, but we got cut off by another company, Vivendi.

Of course, we couldn’t resist learning more about the attempts to buy Electronic Arts, Square Soft and Nintendo back in 1999. Unfortunately, Ed was not part of the discussions around these deals. However, he did have an opinion on some of these deals.

I wasn’t part of those decisions. It was above my pay grade so I had no say in it. However, I didn’t necessarily agree with the idea of all these takeovers. For example, I wasn’t happy about the EA acquisition. If Microsoft bought EA, what was the point of having my team work? 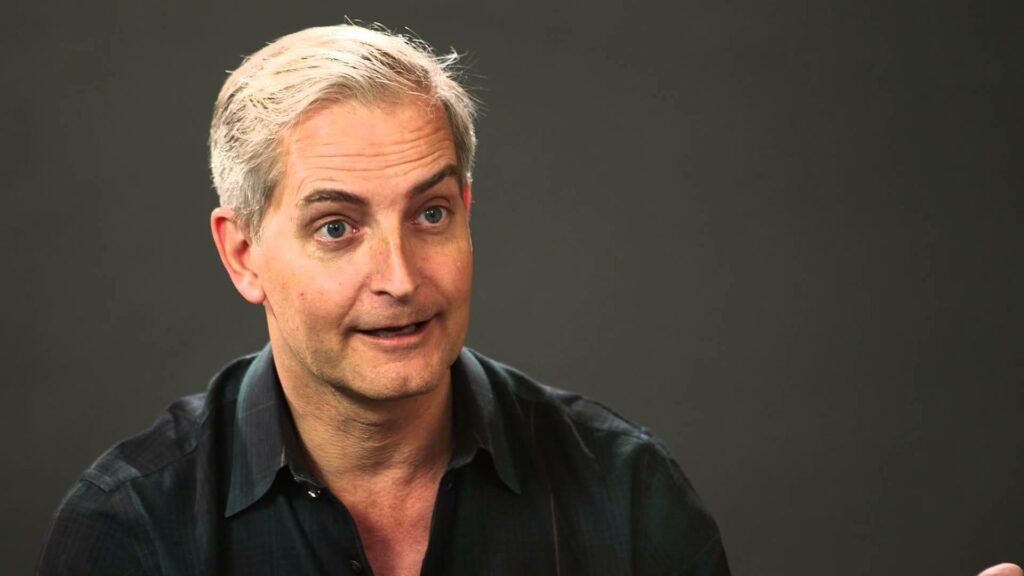 The Halo evaluation and the stress of launch day

In 2004, Ed Fries left Microsoft after twenty years with the Seattle giant. A choice motivated above all by family reasons and the feeling of having reached a milestone.

I had spent 20 years at Microsoft and my second son was just born. When I started, no one was watching what we were doing. We were the crazy guys trying to launch a failing product in a software company. When Xbox came out, everything changed. Everyone was watching us and what we were doing. I liked being in the background, being able to do my own thing. And having a newborn made me feel like it was time to move on.

When asked about the highlights of his Xbox adventure, he lists three of them.

There are so many, but if I had to choose, I would start with the birth of my first son. Xander was born right after the launch of the console in Japan. Then I would say the launch in Japan itself. It was really something for an American company to launch in Japan.

Third, I would say the launch in New York. The atmosphere was very special. We sometimes forget that it was only a few weeks after the World Trade Center attacks. The terrorists had trained on Flight Simulator and Project Gotham Racing wanted to be the most realistic simulation.

On this last point, we wanted to find out if there were any consequences related to this event.

The launch date was pushed back a week from what was originally planned. Even Halo was affected. The ESRB asked in September to change some parts of the game to “Teens” but the game would not have been ready for print.

“I look at Xbox like a parent looks at their child.”

So that’s how the first Master Chief episode received its “Mature” rating. The kind of detail you love, impossible to know if you haven’t experienced the project from the inside! 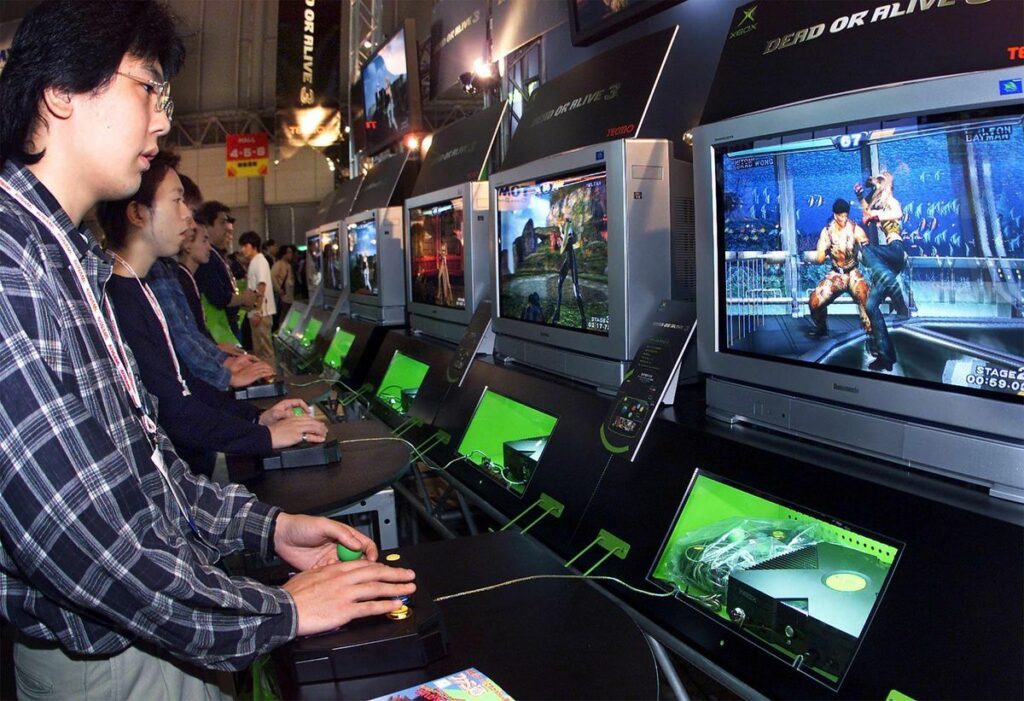 The baby is in good hands

Coming towards the end of our talk with Ed, we wanted to know how one of the brand’s dads sees the company today and its future. The term “dad” is not chosen at random, because that’s how he looks at Xbox.

I look at Xbox like a parent looks at a child. I really like what Xbox has become. The Xbox name is more than just a brand. It’s an ecosystem, you know. It’s got the consoles, the cloud, the online services. It is good to know that the brand is in good hands.

Ed Fries knows Phil Spencer well. In fact, Spencer was part of his team and was very loyal to him. So much so, that he even considered leaving Xbox when Fries left in 2004!

“Phil was part of my team back in the day and I have a lot of respect for what he does at Xbox.”

As a gamer, twenty years later, we may have the impression that the brand shares a dynamic as in its early days. Thus, we find Microsoft pushing services enormously with the Xbox Game Pass, acquiring studios and putting forward innovative technologies. In addition, we find a charismatic character in the person of Spencer. Fries finds this vision quite accurate.

It’s a good analogy. Phil was part of my team back in the day and I have a lot of respect for what he does at Xbox. These days, everyone is a gamer. So bringing together three billion gamers makes a lot of sense.

To take it a step further, based on the relationship between Spencer and Nadella, Microsoft’s CEO, he is confident about the next twenty years.

[…] The relationship between Phil and Satya shows that gaming is more important than ever for Microsoft.

Finally, we wanted to know how Fries views the advances made by Xbox to Japanese and Asian developers, in the broader sense. Fries tells us that he himself has had his share of setbacks with studios in the archipelago.

It is difficult for younger generations to appreciate the importance of the Japanese video game industry at that time. Japan was a technological powerhouse, with the best technology for consumers, which is no longer the case today. It’s such a different market and being a foreign company didn’t help. Culturally, it was very complicated. I love the country, I’ve met a lot of studios during my travels there. Times have changed and I think it’s smart for Xbox to try to work with Japanese studios today. 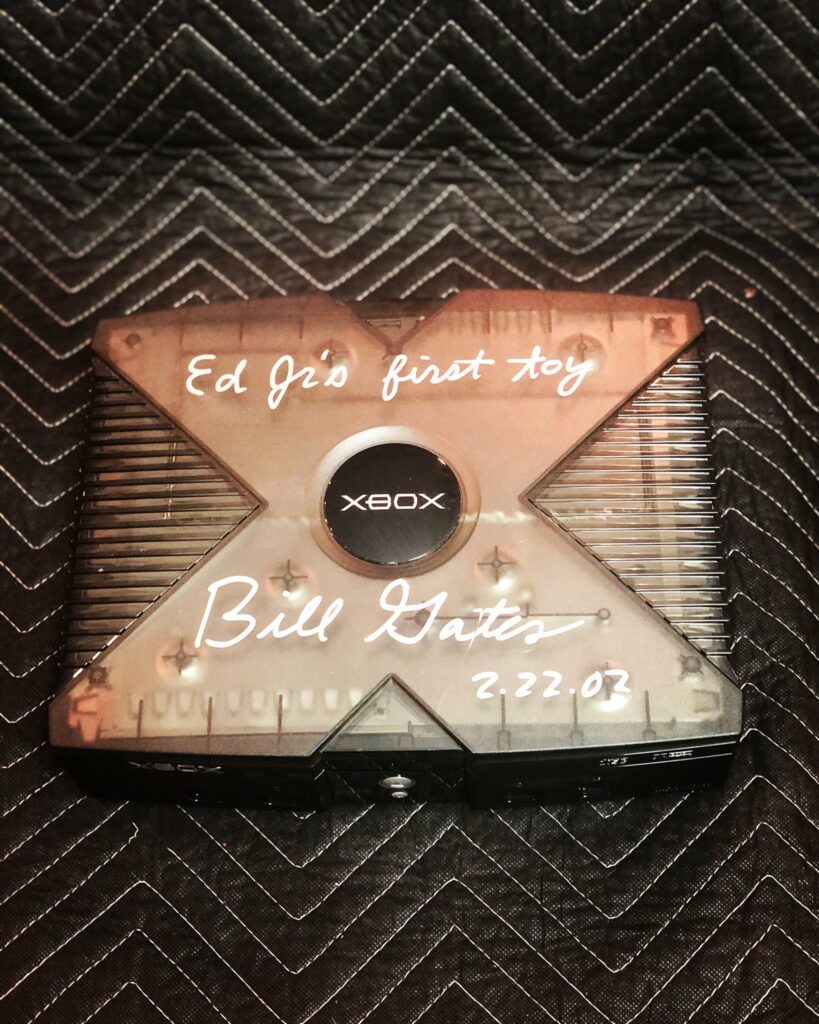 This concludes the moment shared with this great name of the brand. A trip to the past that will have revived nice memories for Ed as well as for us. We know that a party was held last Friday with a hundred people who participated in the project at its origins. So, even twenty years later, Xbox remains a big family for all the people who were part of it.